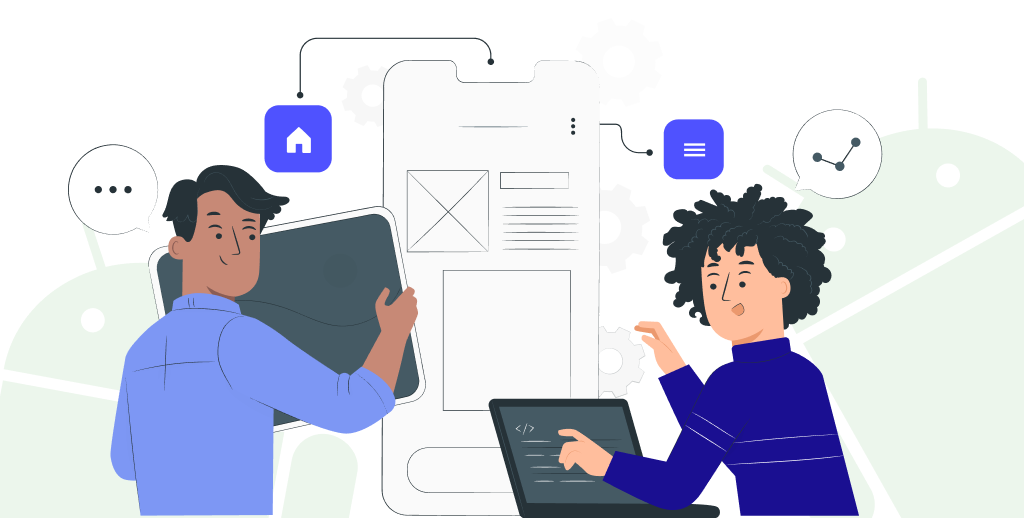 With so many features at affordable prices, Android has made its place in the mobile market and has been giving close competition to iOS. The first thing that makes Android unique is its play store, where millions of apps are available. These apps come under android app development. Building an android app may look easy from the outside, but it is loaded with various complexities. The job opportunities in this field have been increasing ever since because of the huge scope that exists in this field. This framework has been growing in popularity because of the recent trends and the advantages that come with it. In the article, we will discuss what makes android app development highly successful.

What value proposition does android app development has which makes it highly successful?

1- Search Feature– apps contain a lot of content, so sometimes it becomes difficult for the user to find what he/she is looking for. With the search bar option, it becomes easy for the user to search for what they are looking for directly on the Android app. It gives the feature to add a search bar in apps which makes the customer’s life easier. With the option of a search bar, the users can simply input keywords or keyword phrases.

2- Cross-Platform Average- This gives a good cross-platform average. Having this thing is a must because an app that is compatible with only one device won’t fetch you good returns, but an app that works well with cross platforms like IOS especially helps a lot. Cross-platform apps can be built by using react native, angular, and many other frameworks.

3- Social Networking capabilities- There are features that allow social sharing through emails and messages. A user always wants to be connected with the world, create a strong network for career opportunities, meet new people, have a good social life. Android apps allow you to do that by having features and options that let you connect with people worldwide.

4- Go Responsive- While developing an app, the Android app developer must consider that the app will be viewed on mini phones and big phones of different companies. So, the app developer needs to devise the app screen so that it falls suitable for every screen size. Android app development is quite flexible and adaptable in this case.

5- Less Keyboard, more touch– most users don’t like to type much when using an app, so the developer needs to ensure that more features about touch are there to create a good user experience. Android app development has features that help you create an amazing user experience and a good, responsive design with the help of UI toolkits and plugins.

What scope does Android App Development hold for the future?

1- Banking– In modern times, every established bank has a mobile app to provide better services to their customers. Also, there are apps like PayPal, google pay that has brought a cashless revolution. These apps have a large user base, and there are more apps like yet to come and will always need constant updates. So, the scope is only going to get higher for Android app development in banking.

2- E-commerce- there lies a huge market when it comes to e-commerce. For smooth functioning of buying and selling apps is much needed, and the scope in it is only going to get high. Users always see mobile applications as a trustable source when it comes to buying something. Also, there are more discounts on apps than websites. So, this app culture in e-commerce is here to stay.

3- Educational– In Covid times, everything was shifted online in terms of education, and in the coming times, online education will be a trend. There are apps that have certified courses that a person of any age group can learn and do not require any prior eligibility. So, the educational system is getting more revolutionized with the introduction of mobile apps.

4- Gaming– This never goes out of fashion. Youngsters and children love gaming. In gaming also, there has been an introduction of augmented reality (AR) and virtual reality apps. So, for Android, people always look forward to having new gamings with fresh concepts.

What makes Android Impactful for businesses?

1- Low cost with a high return on investment- The toolkits in android app development need a one-time purchase only, then the developer can build as many apps they want. So, this ensures minimal investment, and with good user engagement, the company can get high returns.

2- Huge Market and large user base- with its amazing features, now more people prefer Android than other mobile devices. Android has captured a huge market in a very less time. The user base of Android users is only going to grow in the coming times. Businesses largely benefit from this. With the introduction of new technologies like chatbot integration, virtual reality, the number of apps will increase, and there lies a huge probable market.

3- Open Source- it is an open-source outlet. The play store consists of free apps mostly. For paid apps, 30% commission is charged by google. Other than that, developers only need to pay for the toolkit once and get themselves registered. Then, they have the independence to create as many applications as they like.

Now, you can see how Android has become successful and an amazing framework that has now become the ‘talk of the town.’ The major driver of Android’s success is Google play. It is an affordable solution with so many features that’s why more and more people prefer using it. Android app development is here for the future and looks promising.