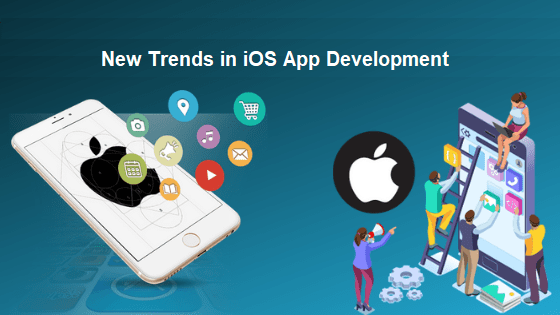 We all are aware of what brand value Apple’s iPhones hold. With increasing sales of iPhones worldwide, the demand for iOS app development services has also risen. When Apple was newly launched, there were only 500 apps on the app store. Presently, there are more than 20 million applications on the app store. iOS app development companies provide app developers who make applications only for the iPhone’s app stores. This article will tell you the latest trends, the software used for making iOS apps:

Swift UI is an interface software that lets you choose designs according to your preferences in a declarative way. Before iOS 13 came, imperative UI was used by developers. The new declarative UI allows you to tell how you want your design, and the interface will show results accordingly.

This feature is only used in pads and MacBooks for building native apps. Through the mac catalyst, the exact source code and project can be shared. For making apps for iPad and mac, the latest version that is XCode 11, should be used. You need to select the ‘mac checkbox’ option that can be found in the project settings, and then you can build your app.

Apple is famous for its security breach and privacy features. With their strict security on their devices, no hacker or cyberattack can occur. What matters is creating a safe environment for their consumers.

In the apple home kit, accessories can be configured, and actions are created to control them. Automation accessories that are compatible with the home kit can be created. These can be added to the cross-device apple home kit format. The main advantage of a home kit is that apps can easily communicate with formatted accessories.

In augmented reality, ARKIT3 is used widely. It has features like people occlusion, which spots people and AR objects. The other feature is motion capture, in which human movement can be tracked to enter into augmented reality.

These were the 7 trends that will help iOS developers in the future. iOS development services are here to stay for the future. At Etelligens, we provide you with iOS app developers who are exceptional in this field and have a lot of knowledge. Go through our website for more details.