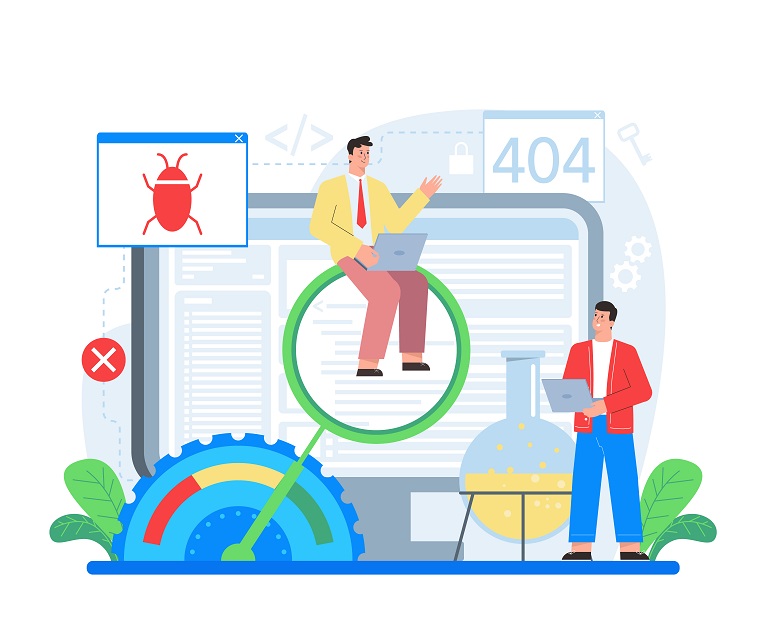 Testing is one of the most important phases in the entire software development lifecycle. No matter what you are developing, releasing the codes into the live environment without testing the functionalities will lead to a serious disaster. This is because when developers perform your testing in their local environment, they follow a happy path and use dummy data. But in the live environment, work will be done with real-time data, and the scenarios will be much more complicated.

Therefore, if a tester does not perform end-to-end testing of the functionalities and features of the software, it may lead to several technical glitches in the website or the application once the codes are deployed to the production environment. Several types of testing can be performed on software. Usually, we are aware of functional and automation testing because these two are the basic ways to judge whether the development is done properly.

Apart from these two, two other testing types should be prioritized within the software development lifecycle. These are load and performance testing.

What are load testing and its types?

As the name suggests, load testing indicates a process where simulated demands are given as inputs to the software, like an application or a website. The behavior of the software is noted in terms of the given set of inputs to ensure all the functional parameters are working as expected without any technical glitches.

For example, let’s say a server integration code is deployed. Now, the load on the server is virtually increased step by step to check its behaviors. If the server becomes slow or fails to load all the codes uploaded on it at a certain level, the server won’t be able to handle any further traffic. Once that load testing on the server is done, and the value of the maximum traffic is obtained, the deployment team can program a load-balancing algorithm to ensure the servers do not slow down.

Several types of load testing are done to ensure the software behavior, when simulated, won’t cause any technical glitches. These are

1- Basic load testing: The basic form of load testing is to check the behavior of the software by varying the number of users or the incoming traffic.

2- Capacity testing: Capacity or scalability testing helps you check the maximum number of users the server or the software can handle, but not at the cost of the load time of each web page.

3- Stress testing:  The main objective of stress testing is to find out the behavior of the software or the server in case of extreme conditions that may lead to abrupt behavior for sure.

4- Soak testing: Soak testing is done to check the problems in the software or the server that may occur only when it is being operated for a long duration.

What are performance testing and its types?

To understand load testing and performance testing examples and scenarios, first, let us have a brief on what performance testing is. It is a procedure where a different set of inputs are given to the software to check how it behaves, the maximum glitches that can occur in a particular software workflow, and the basic problems that might occur if the values of inputs are changed.

There are six performance testing types:

Spike testing: From the name itself, you can understand that spike testing determines the behavior and functioning of the software when the maximum load is given as the input.

Load testing: As expected, load testing is a sub-part of performance testing, which is done to check how the software behaves when the load is varied.

Endurance testing: It is performed to check the performance of the software when the load is varied over a long duration.

Scalability testing: It is one of the key points to understand load testing vs. performance testing as it indicates how flexible the codes are to be scaled or modified without hampering the performance of the software.

Volume testing: Known as flood testing, it determines if the software can handle bulk data and function in the same manner or not.

What is the difference between load and performance testing?

Often people ask that load testing and performance testing are the same.

Load testing is a part of performance testing done to check the behavior of the software or any system for a given volume of traffic. Therefore, to understand the difference between performance and load testing, we have drawn a parallel study of both in this section below.

In this article, we have shared detailed insight into load and performance testing by explaining their examples and types and drawing a parallel study. Both forms are essential to check if the software’s functionality is as expected or not following the given set of input or increasing load. This is why the testers need to include load and performance testing in their schedule to optimize the software and ensure no technical glitch is there once the codes are deployed to the production environment.

Cognitive Computing and Its Applications: Everything You Need to Know
https://lnkd.in/dSn5teT8

Transform your business with our mobile application development services.
Get in touch today to get started!
https://lnkd.in/fQqutkj

Looking to develop your next project in Golang? Check out our development services and Contact us today to get started!
https://lnkd.in/eePKVwy

Are you ready to take your business to the next level with our full-stack development services? Contact us today to discover how our progressive development solutions can help you reach your goal!
https://lnkd.in/eyDUz7n

Looking to build a dynamic, feature-rich web application? Let the trusted MEAN stack agency help you create the perfect solution. Contact us today to learn more about how we can make your vision into reality!
https://lnkd.in/gjdtZ37